Counterculture of the Sixties 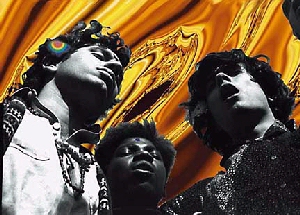 With a country in shambles, as a result of the Vietnam War, thousands of young men and women took their stand through rallies, protests, and concerts. A large number of young Americans opposed the war in Vietnam. With the common feeling of anti-war, thousands of youths united as one. This new culture of opposition spread like wild fire with alternate lifestyles blossoming, people coming together and reviving their communal efforts, demonstrated in the Woodstock Art and Music Festival.

"All we are asking is give peace a chance," was chanted throughout protests, and anti-war demonstrations. Timothy Leary's famous phrase, "Tune in, turn on, and drop out!" America's youth was changing rapidly. Never before had the younger generation been so outspoken. 50,000 flower children and hippies traveled to San Francisco for the "Summer of Love," with the Beatles' hit song, "Sgt. Pepper's Lonely Hearts Club Band as their light in the dark. The largest anti-war demonstration in history was held when 250,000 people marched from the Capitol to the Washington Monument, once again, showing the unity of youth.

Counterculture groups rose to every debatable occasion. Groups such as the Chicago Seven , Students for a Democratic Society (SDS), and a on a whole, the term, New Left, was given to the generation of the sixties that was radicalized by social injustices , the civil rights movement, and the war in Vietnam. One specific incident would be when Richard Nixon appeared on national television to announce the invasion of Cambodia by the United States, and the need to draft 150,000 more soldiers. At Kent State University in Ohio, protesters launched a riot, which included fires, injuries and even death.

Although different in its basic urges, the growth of the new youth culture's open hostility to the values of the middle-class society, the counterculture was formed. America became more aware of its young generation. Through protests, riots, and anti-war demonstrations, they challenged the very structure of American society, and spoke out for what they believed in. From the days of Woodstock to today, our fashion today reflects the trends set in Woodstock. Trends such as; long hair, rock and folk music used as a form of expression for radical ideas, tye-dye, and self expression. While these trends are non harmful, others are; such as the extended use of marijuana, and the hallucinogen, LSD, which are still popular with the youth today. Thank you flower children. Counterculture Links:

Sixties Links This link contains web sites dealing with all the factors that led up to the counter culture movement of the 1960s including the Vietnam War, a chronology of events of the 1960s, POW information, and media links. This site also is linked to a number of political web sites outlining the actions of policy-makers central to the 1960s. Tres informatif!

To AP US History Page